Wedding DJ and MC Why and How I Perform

For The Love of Music

I have always been a music lover. From my earliest memories, I can remember music playing on the radio. Sometimes it was vinyl records, sometimes it was 8 track cassettes. Once I was old enough to start asking for an allowance – it was cassette tapes and then CD’s.

I credit my mom for exposing me to the likes of Motown, pop 60’s, 70’s and 80’s music. She has always been into Dianna Ross and The Supremes, Smokey Robinson, The Temptations, Air Supply, The Eagles, Creedence Clearwater Revival, Foreigner, Steve Miller, Stevie Wonder, Elvis, The Beach Boys, and a various mix of all of the “Bubble Gum” hits (which most readers will need to Google to know what those are). Considering the previous list of artists, you might be surprised to know – she is also into some harder stuff like AC/DC. All of my mom’s musical tastes cemented my tastes in a wide variety of styles and artists.

My step-dad came along around 1986. Around 1990 he gave me a paper bag full of cassette tapes, he had bought in the mid 70’s, while in the Navy and stationed in Italy. Much of this music was what some call “jock rock” or “stadium rock” – the predecessors of the “hair bands” and “heavy metal”. These bands included names like Led Zeppelin, Rolling Stones, Jethro Tull, Queen, Judas Priest, and so on. By this time I had a cassette player of my own and listened to these artists while doing homework, playing video games, or reading Stephen King.

Once my junior high school years came along, Rap, R&B, and Soul music had a couple of dedicated stations on the radio. As many in my generation, Rap was very alluring. Rap was getting bad press from time to time, which made it frowned upon by our parents. Which was exactly what made us want to hear more of it! I remember in the early days of listening to Rap, artists such as Rob Base, Run DMC, DJ Jazzy Jeff and The Fresh Prince (Will Smith), MC Hammer, EPMD, and NWA. Of course, this progressed into many other mid to later 90’s Rap artists such as Snoop Dogg, The Fugees, 2Pac, Outkast, and Biggie. My Rap attraction continues to this day – though there are fewer artists in the genre I can really get into. I really like Kendric Lamar.

Very interestingly, at the same time I was getting into Rap, I had begun listening to Classical music. I am not sure where I acquired the taste for Classical came from. I also during my high school years, joined the school chorus. I stuck with that all the way through to Honors Choir at Gaffney High School – and even attended the Governor’s School for The Arts in Brevard, North Carolina during the summer before my senior year.

After I had been in the DJ’ing business for a while (maybe around 2013) – I began performing DJ and Karaoke hosting services at a place in a very small town in Central Illinois. This went on for a while, every Friday and Saturday night. I attribute this gig to helping me to greatly increase my appreciation for Country music. Several years prior, I had inherited about 150 vinyl records from my maternal grandparents, which were classic country – but I did not listen to them much at that time. It was not until I began this gig that I really went back and began listening to the classic country. I began to really like artists such as Buck Owens, Red Sovine, Hank Williams, Hank Jr, Roy Clark, Tom T Hall, Patsy Cline, Jeanie C Riley, Loretta Lynn, George Jones, Johnny Cash and the list goes on.

My Style As A DJ

You may be as involved in the music selection, as you wish to be. I have had coupes who gave me a 100+ song list of things they would like me to play. I have also had couples who say – “you are the pro, use your judgement”.

As part of my pre-planning process, I would give you a 5-6 page questionnaire which you will fill out and return to me within a month of the event. This questionnaire includes questions about - who will do what, and when. Also in the questionnaire, there is a corresponding spot to indicate a specific song for each and every activity. This of course includes what music you would like for your ceremony and the reception.

For receptions and cocktail hour, I have a very successful method I like to use. I play the oldest music early in the reception. This allows grandma and grandpa a chance to enjoy and interact with everyone. Then, as the time goes on, I may journey through the decades of music and any genre or era of music that people really respond to - I will play more of it. I try to hold out and keep the newest music for after most of the formal reception activities have been done. Although, this is all up to your preferences.

Our company has the capability to provide sound for your ceremony and reception with two separate sets of audio equipment. The ceremony set of equipment is a totally battery powered set up, and does not require to be plugged into any external power source during the ceremony or rehearsal. This set of equipment does include the use of a lapel mic for your Officiant or Minister. This mic is professional level quality and will pick up the voice of the bride, and groom – in addition to the Officiant or Minister.

As with your reception, I welcome couples to express their music preferences for the prelude (before ceremony starts and guests are taking their seats) portion of the ceremony. I have many instrumental versions of popular songs, as well as a very appropriate music playlist with a mix of laid-back Soul, R&B, Classic Country, and Pop Soft Rock, and Contemporary Christian selections.

Sound and DJ services are offered for your rehearsal at no additional charge if you choose our same-day rehearsal option. They are also available for a prior-day rehearsal along with Directing services – for a small extra fee.

How I Perfom as Your MC

During the wedding reception, the responsibility of the Master of Ceremony (MC) is to keep the agenda flowing smoothly by:

As your Wedding MC, I incorporate a wide range of skills I have perfected in my many years of experience in the following areas:

Try DJ Event Planner's great online tool! It can help you to choose songs for your ceremony, and your special reception dances. Just click the image below to use the browser version. To get the iPhone and Android app versions, scroll down.

To get the Android app version of Most Reqested Songs, click image below. 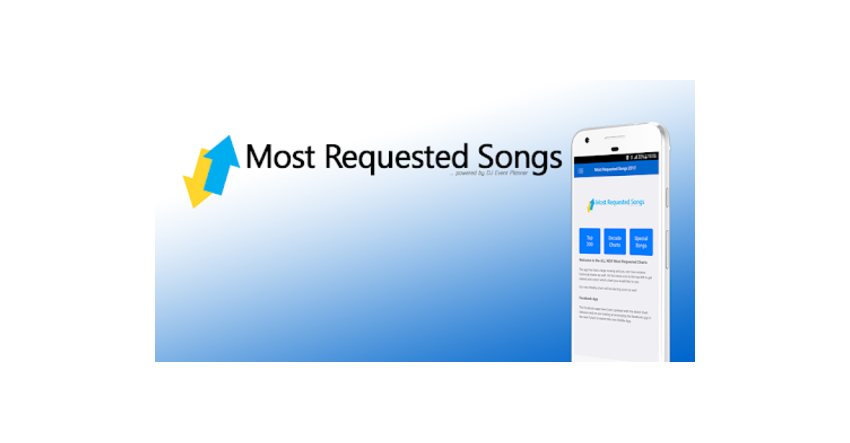 To get the iPhone app version of Most Reqested Songs, click image below. 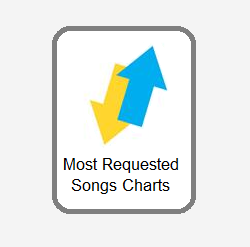 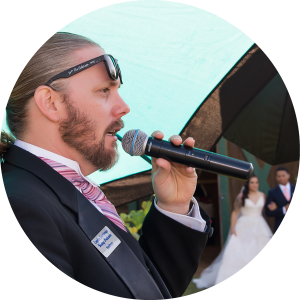